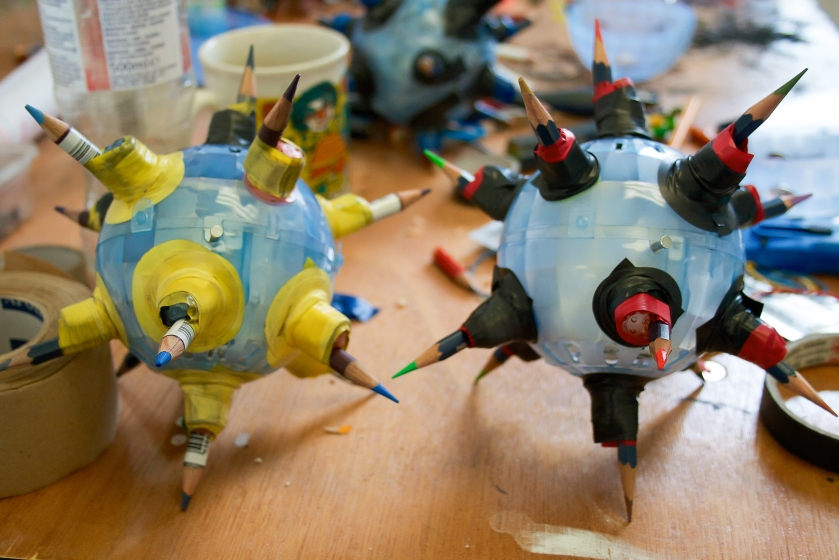 In the following statement I will demonstrate that I have used Situationism, and detournement as a qualitative research tool. In particular, I will evaluate the worthiness of Play as a method to create a work of Anti-Art, and to reflect on the Situationists International (SI) objective of instigating a re-evaluation of the relationship between art and politics.

Reflecting upon, ‘Return of the Repressed’ from 24th October 2012, where Dr. David Sweeney discussed detournement, explaining it’s meaning as a ‘relocation of conventional images into a radical context’ (Sweeney 2012). In Cultural Strategy Using Innovative Ideologies to Build Breakthrough Brands, Douglas B. Holt (2010, p.252) describes detournement as, “turning expressions of the capitalist system and its media culture against itself,”

For the purpose of this intervention, I have drawn upon the Situationists notion of Play, and the contemporary sub cultures of Hacktivism[1], and Modding[2] to create an object which challenges typical notions of authenticity and demonstrates that ‘art can no longer be justified as a superior activity’ (Debord & Wolmen, 1956). Founded in 1957, the magazine Situationists International (SI) was initially concerned with the ‘suppression of Art’ and aimed to transform art and culture into a part of everyday life. Although Play as a tool of subversion, in for example, Dada theatre, is scarcely a groundbreaking concept, the SI used Play to construct situations to disrupt the spectacle[3] of culture under capitalism. Social alienation, the division of labour, and the creation of ‘pseudo needs’ to increase the consumption of commodities, should be replaced by an economy of pleasure where antagonism between work and play would be overcome.

For the this work I have ‘borrowed’ the SI techniques of re-appropriation, detournement, to create a drawing machine from a toy, reconstructing the referents: playfulness, fun, learning.  I have, like many since the Situationists, challenged the separation of Art from popular culture and drawn attention to Art’s ideological place. The drawing machine, free from the hand of the artist as genius, mischievously interogates changing definitions of authenticity. However, using an analysis of the Situationists to create an anti-art making machine would be incomplete without acknowledging the short history of autonomous art making systems. AARON, developed by Harold Cohen (UK), is the oldest continuously developed computer program in history. But even this requires the spectator’s belief that the marks have resulted from a purposeful human, or human-like, act (Cohen, 1995).

The piece I present here is a drawing made by the drawing machine, together with a video work[4], derived from the online culture of instructables[5], making visible the transmutation of the object from artwork, and therefore commodity, to an item that represents Play and subversion. This is reinforced by the addition of the drawing machine itself, packaged with an accompanying note, ‘Free to use, modify and distribute without prior permission’.

In conclusion, I have acknowledged the Situationists complaint that ‘the primitive social functions of play are presented as no more than decaying relics’ (http://www.cddc.vt.edu/sionline/si/play.html). I have addressed this statement in order to create an artefact-based analysis of the Situationists, and their political position as it relates to art and culture. Work, and the oppression it represents, seems to render Play almost insignificant, or fictitious (ibid). Like the work of the Situationists, my submission for the Popular Culture module demonstrates the spontaneous possibilities of Play to come. As the SI point out in their Contribution to a Situationist Definition of Play, ‘the consciousness of play being ‘only a pretend’ does not in any way prevent it from proceeding with the utmost seriousness. . . .”

[1]  Techno-culture writer Jason Sack, in a piece about media artist Shu Lea Cheang published in InfoNation in 1995, officially coined the term ‘Hacktivism’. Marc Garret states that Hacktivist Artists work with technology to explore how to develop their critical and imaginative practice in ways that exist beyond traditional frameworks of art establishment and its traditions (Futurefield, 2012).

[2]  Modding refers to the practice of modifying a hardware object, computer or otherwise, software, or any other article, to perform a function not initially intended by the manufacturer or designer.

[3]  The term spectacle was, for Guy Debord a way of signifying what culture had become under capitalism. In the first paragraph of his book, The Society of the Spectacle, he states, ‘In societies where modern conditions of production prevail, all of life presents itself as an immense accumulation of spectacles. Everything that was directly lived has moved away into a representation’ (Debord, 1967, 1).

[4] The video soundtrack samples, and therefore plagerises audio from two separate sources on Youtube.com, one of which is Guy Debords movie: Society of the Spectacle (Debord, 1974). The contemporary culture and practice of sampling has it’s roots in appropriation and plagerism, both aspects of Play and detournment supported by the Situationists.

[5] An online community where users of the web resource share inspiring DIY projects and hacks. Play is principle tenet for the community who claim, ‘having fun is serious business’ (http://www.instructables.com/tag/type-id/category-play/).